Chauncey the cat was found wandering around the Orange Circle at about 5 weeks old.  His eyes had probably just opened and adjusted to the light when he found himself right in the middle of a high traffic zone, dodging cars and pedestrians.  Little did Chauncey know that those who abandoned him actually saved his life.  There’s a lot of reasons why kittens end up in the streets.  In this case, he was given a fighting chance of surviving.  Many passers by ensured someone would quickly notice this cute little guy  and sure enough, some good folks got him into the hands of Pups and Pals rescue group and I saw his picture. He was very sick with a cold, fleas, earmites and a few other things.  Today, Chauncey is the coolest cat on the block and has the best of care. This is a test for the mobile blog section. Here is some text. Update. 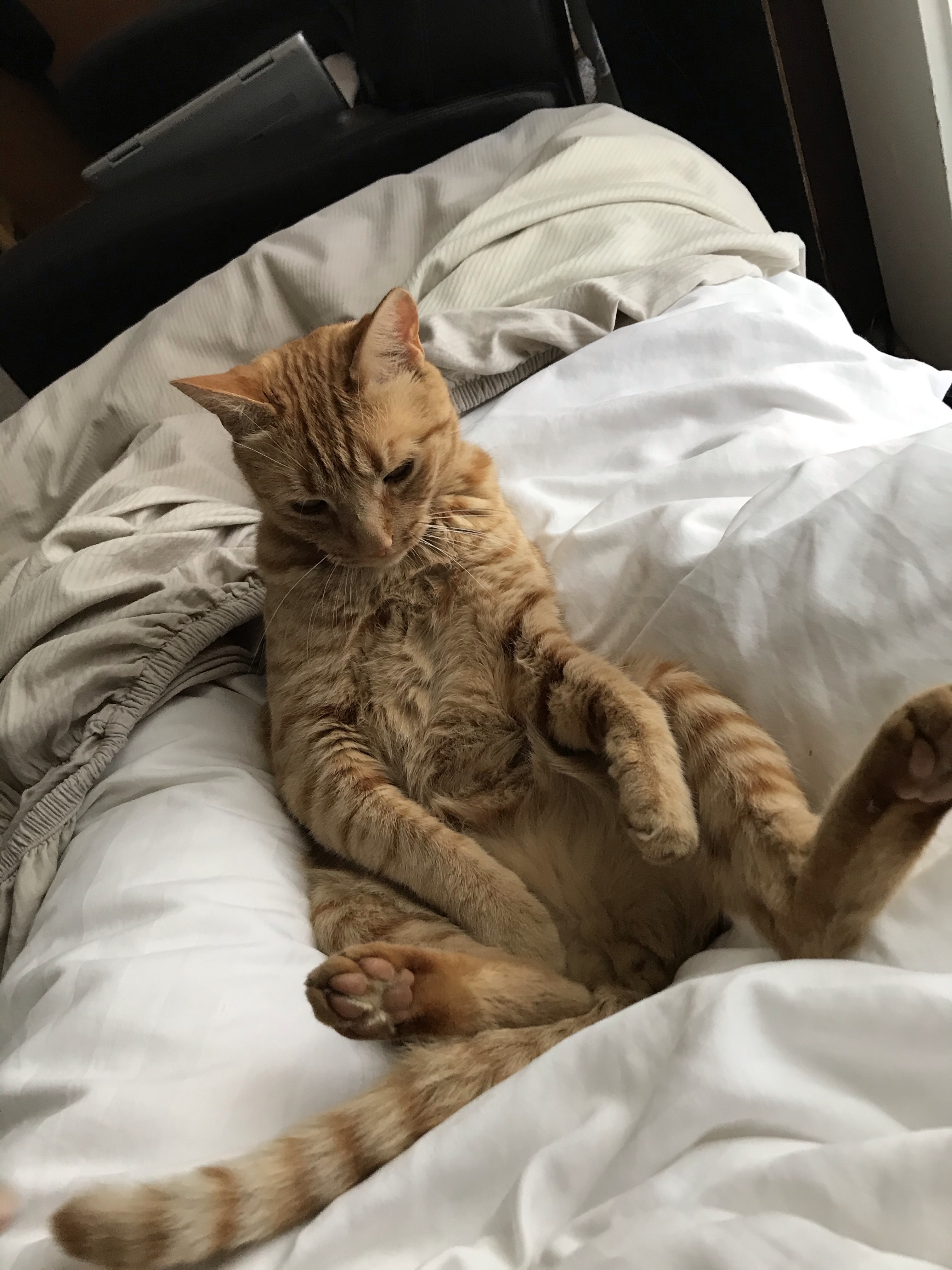 This is Winston relaxing on a Saturday morning.